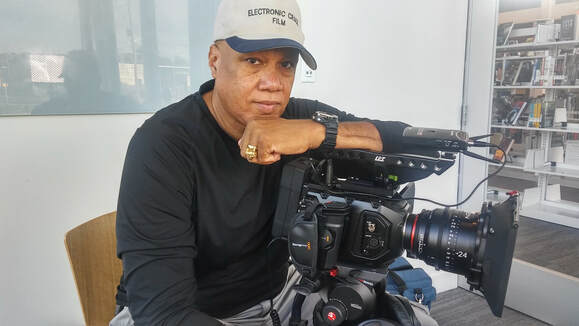 I started out in video/film back in 1985 filming home videos. As  time went on I started videoing weddings and other events with all  this happening I found my niche in life and knew this is what I really  wanted to do professionally. In 1994 I founded Piner Video  Productions my main business of operation was videoing weddings  and corporate events. While running this small business I would get  video jobs here and there nothing to write home about, but this was  something I wanted to do, so I hung in there and even landed a job  with a major TV company (Authentic Entertainment) as  cameraman this was in the year 2006. I directed and produced a  documentary called Uncertain Days Living Homeless in 2006,    which was distributed through Amazon and took 2 years to  complete. In 2008 I Directed and Produced a documentary called  Shape Up America which was self-distributed through word of  mouth and our web site. I also interned at a local News Broadcast  Company to hone my skills. In the year 2009 I changed the  company name to CineFocus & Media Productions making  documentary films of which I became very good at and this is the  main operation of the business. Shape Up America documentary took us into the year 2011 and at this point I started thinking about another documentary and came up with Free Spirits – Saving America’s Wild Horses. I started production on this documentary in 2012 and finally in late 2014 I finished the documentary film. This film is already doing much better than my previous films. It has premiered in 5 different theaters throughout the United States, such as Chico California, Las Vegas Nevada, Wilmington Delaware, Louisville Kentucky and Portland Main. Future plans for this film includes National TV and VOD Plantforms. CineFocus & Media Productions LLC. has been hard at work building CineFocus from the ground up. I have been working hard on my craft, networking on many levels, and building business relationships wherever I sees fit. While working with local clients, I have also traveled across the country, as well as internationally, to represent the brand that CineFocus & Media Productions has established in producing documentaries, event videos, commercials, and music videos. The continuing strength of the company is its ability to present compelling stories through high definition formats.
​
​